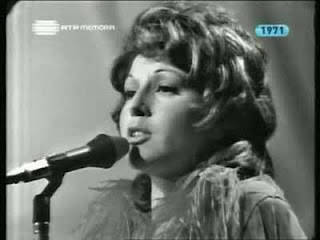 Lenita Gentil has been singing for some time at O Faia in the Bairro Alto. To say she has a big voice and a very distinctive style is no exaggeration. The voice is now husky and forthright, almost never sentimental--even when deep into the saudades. Apropos of nothing, I once heard that kd lang thought she was the best singer she'd ever heard.

A friend once told me about going to hear her perform a few years ago. Lenita was accompanied by something like five guitars, and even then her voice was huge in comparison to them.  At the time, he told me, she was very forte, which you might think of as "large" (in size), something that no doubt contributed to the heft of her sound. I am guessing it was around this time. 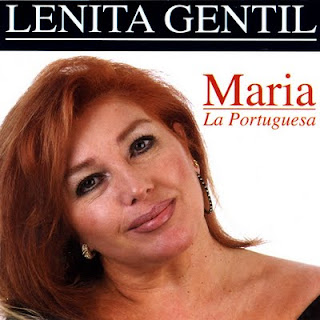 As noted in this informative writeup by Vítor Marceneiro, Lenita was born in Marinha Grande, Portugal in 1948 (this according to Wikipedia--so take it for what it is worth). Vítor also informs us that she began to experiment with fado in the 1970s.

I was lucky enough to hear her sing at O Faia, and luckier still to meet her afterwards. At the time I was trying hard to find all her records, and so asked what records she had released: Maria La Portuguesa, Fado (two with this title); Outro Lado do Fado; Preciso do Espaço, Voz à Solta--all of which I had. It turns out there is definitely more.

In 2005, MoviePlay released a two-CD retrospective of her early work, entitled Os Maiores Successos (The greatest hits), containing fado and (ahem) pop. The best example video I can come up with is this one: a very young Lenita (in 1971) singing "Anda ver o sol" ("Come see the sun") during RTP's Song Festival (she placed 9th that year). 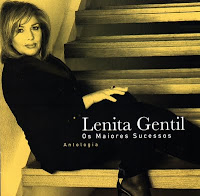 The first CD is a bit of a miss: while the singing is great, the arrangements are very stringy and languid, and frequently sloppy ("Portugal, a pena" is one exception). The second disc is 2/3 fado, and plenty of it is great, the voice pure and clear. I almost could not believe it was her. With just a couple of exceptions, the fados on the second CD do not appear on any of the CDs in current circulation. Here are two examples:
A tantos de tal (mp3)
Por quem choras, coração (mp3) 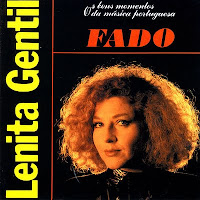 I am also posting two much later recordings by her, which indicate more or less what she sounds like today.

The first is Samaritana (mp3), a Coimbra fado taken from one of the albums entitled "Fado" (2000, Ovação) that has other examples of this style ("Fado Hilário", "Do Choupal até a Lapa"). I must say that Lenita looks smashing on the cover. 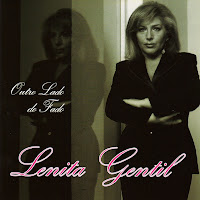 The second one is a Fado Pechincha (mp3) entitled "Velha Mouraria" (same as in the video above). It is a performance that conveys everything about Lenita's style: she is literally pounding out the words, building on the already heavy rhythmic complexity of this fado, and singing very fast indeed. The fado is taken from the record "Outro Lado do Fado" (2005). Musicians on this record are Fernando Silva (guitarra portuguesa), Jaime Santos (viola--father or son I am not sure) and Joel Pina (viola baixo). Finally, I should mention this heroically long version of "Povo que lavas no rio", taken from Portuguese TV, with Calos Gonçalves and Luís Ribeiro on Portuguese guitars, Lelo Nogueira on viola, and Prof. Joel Pina on viola baixa. The all-star quality of the lineup is, again, an indicator on the quality of the music.


The differences between the later and earlier recordings are pretty obvious. They relate probably to age, perhaps also to stylistic changes but not, according to a recent (Oct. 2011) interview on Rádio Amália, due to smoking or drinking. She cites an aversion to both of these vices as the key to the preservation of her voice and energy through the years. She is certainly one of the best out there, but don't wait for her to come to the US: she does not appear to travel much off the Iberian peninsula. If you happen to be in Lisbon, when last I checked she sang late at the Faia (11pm or so). *Update* Lenita will be in Montreal for five days beginning 15 November 2011. Go if you can!
Posted by DM at 8:38 PM