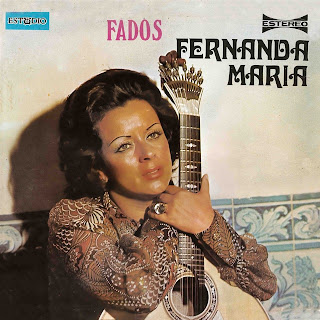 The music label Ovação is beginning to release a number of fado recordings that were originally released by the label Polysom/Discos Estúdio in the 1970s and 1980s. Included among these are three recordings reviewed here by Fernando Maurício (Fernando Maurício), by Fernanda Maria (Fados) and by a group of performers associated with the fado house "A Severa" entitled Wellcome to Severa.

As the promo materials state, these are reissues of the original recordings, down to liner notes. Judging from these three, the sound quality is merely good, but far short of that achieved in, say, the uniformly excellent Fados do Alvorada. The audio quality on the Fados, for example, is shockingly bad: it is full of pops and crackles and deeply buried highs and lows. This is the kind of work that I'd expect out of a fado chop shop (there are many), but not Ovação. In contrast, the sound on the other two is reasonable, though still far murkier than it should be (after all, Ovação is in possession of the masters).

This is a good place to mention that the Smithsonian Institution has a number of excellent fado records available online. These are impeccably curated reissues. For example, I have a digital copy of the Fernanda Maria record that is completely clean and strong (it is available here if you search for "Fernanda Maria" and look for the title "Portugal's Great Fado Singer"). 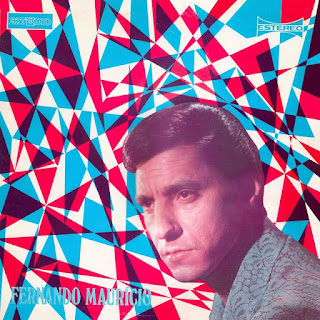 Back to these recordings.... Wellcome to Severa is a time capsule portrait of touristic fado and folklore of the 1970s, with some very good singers but a conventional repertory. Fernando Maurício and Fados, on the other hand, capture some glorious moments of recorded fado. You can hear excerpts from the tracks on Ovação's web site. Despite the diminished audio quality, the Maurício is worth seeking out, particularly at this price. Indeed, with just a couple of exceptions (including compilations such as Saudade de Fernando Maurício - Antologia 1961-1995, which is still available on Amazon), those interested in the recorded work of this great fadista have to suffer through the soulless production quality of his Metro-Som recordings (Branco de Oliveira is the culprit there). If there is one artist whose discography is in urgent need of re-editing an re-distribution, it is certainly Maurício.

As for Fernanda Maria, hers was a protean power of fado (she is still alive, but has retired from performing). As with Maurício, she was a consummate stylist: able to sing the same lyric in many different ways, even when that lyric was paired with the same music (her various versions of "A candeia" are a good example). Unlike Maurício, she recorded prolifically (those interested in her earlier work can check out any of the recordings available on the Smithsonian site). There are also many, many videos of her on YouTube (again, in contrast to Maurício). Put Fernanda Maria and Fernando Maurício together and you will be looking into two of the fado's most blinding lights.